THE EXTENSA UMBRÍA DE SIERRA ESPUÑA HAS A CONCENTRATION OF ONE OF THE MOST DENSE FORESTS WITH TREES OF THE GREATEST HEIGHT OF ALL THE AREAS IN THIS REGIONAL PARK. ROUTE PR-MU 78 CONSTITUTES ONE OF THE MOST AGREEABLE AND ATTRACTIVE VISITS TO THE DEEP PINARES OF THE ESCARPADAS HILLS OF PERONA AND FOREST. IT GRADUALY FOLLOWS THE LAYOUT OF A FOREST TRACK LOCATED IN A LARGE PART OF THE ROUTE TO ABOUT AN ALTITUDE OF 700m. THE TRAIL IS CLOSED AT THE FINAL SECTION FOR ABOUT 4km, BORDERED BY THE FASCINATING RAMBLA DE MALVARICHE.

The route begins in the beautiful village of Casas Nuevas, about 500m above sea level. Vehicles can be left at the entrance of the town to enjoy a quiet walk and continue beyond the recreational area towards the outskirts. Discover and connect with beautiful, cultivated areas of the plains and existing ditches. Learn about the beautiful cultivated areas of the plains and existing bodies of water available to goat and deer. At the house of Cura, the appearance of the track changes from asphalt to a dirt track which takes on all the charm of the exquisite forest. Cross the Rambla de Malvariche, which will later be used on return (although in another section). During the very rainy years, there is usually a permanent flow of water. Then go through the old forest house also known as the Cura. The Cura has been converted into a mountain lodge.

From here the ascent along the Cuesta de la Mina takes us into the pits of the Pichí (Apurchil – see maps) and the Sabina. Physical features of great depressed features, surrounded by mountains, allowed the accumulation of an abundance of sediments from mainly cultivated and dry land, evident from long ago. Some of them are no longer used to support irrigation during the past years. After moving past the Pichí basin, the route is oriented towards the southwest and runs through the foothills of the vast Perona wall. The landscape is breathtaking and as it opens up to the walls of Piedras Blancas, it becomes even more impressive.

At the foot the great cliffs, there are rocks and vegetation that reveal an unusual and disordered appearance. Above them, there are often birds such as large raptors sometimes bothered by some corvids like the red-billed chough. After crossing the Taibilla channel again and using some time to take-in the beautiful hacienda of El Calderero, which leads to the bottom of the Rambla de Malvariche. From here all the PR continues on its course. It is easy to navigate when it is dry, but if there is a stream, proceed along the perimeters to avoid the wet. In any case, its riparian vegetation and large trees which exists on its banks yields a guaranteed and spectacular view.

At the end of this route is the house of Las Oliveras, however the walkway is abandoned for a short time through Casas Nuevas and concludes at the start point. 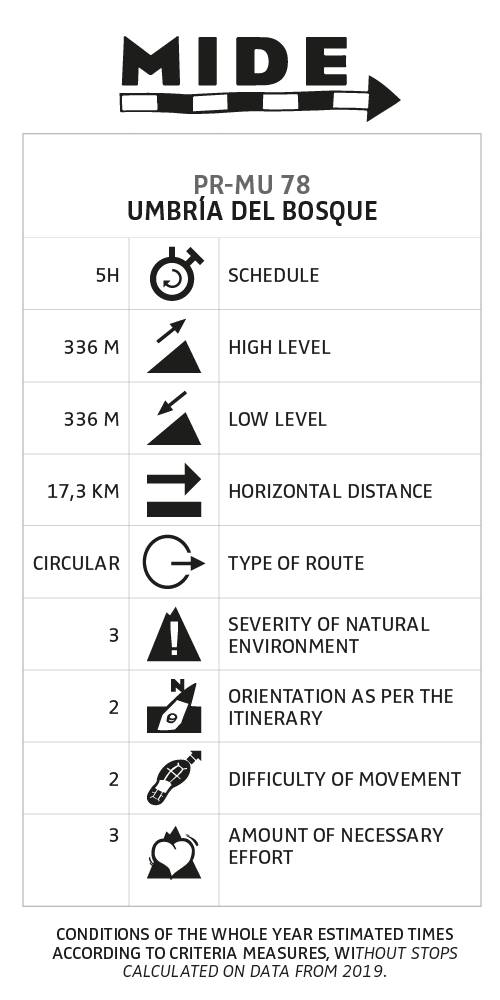 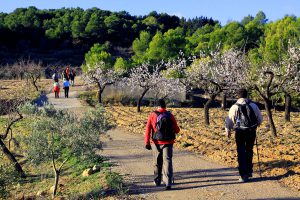 El Berro is a serrana village situated to about an altitude of 600m just at the limit between the municipalities of Alhama and Mula. Their origins as a village are related at the end of the 18th century, but the area has archaeological evidence of more than 7,000 years of history. 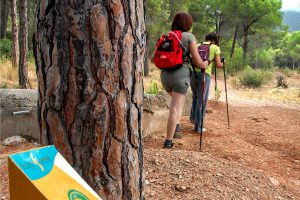 This route begins in the denso pinar de Las Alquerías, fruit of the forestry hydrological restoration at the end of the xix century directed by the illustrious Ricardo Codorníu from Cartagena and other mountain engineers. 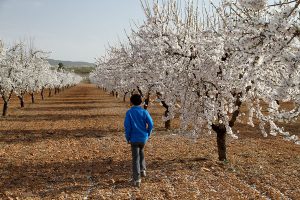 It is one of the most characteristic and surprising trails within protected landscape surrounding the barbecues of Gebas. The hidden wonders of Murcia is close and can be enjoyed by all. 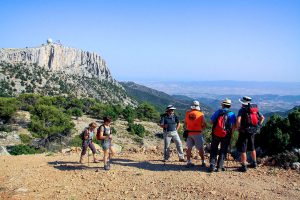 Pedro López boasts an altitude of 1,568m, the second highest summit of Sierra Espuña. The position of this route enables walkers to enjoy beautiful views of the valley. The magnificent 360º panoramic view ensures a treat of spectacular sunsets.